1980s Faux Fur: The Mysterious Origin of the Donnybrook Coat

For those of you who came out to SWAPmaine Fall edition a few weeks ago – thank you! It was an incredible event with over 300 attendees – the SWAPmaine girls, volunteers and vendors made it an incredibly special event and we look forward to planning the Spring event – and perhaps a few other surprises before then!

The swap kept me busy, so I didn’t have much time to peruse the offerings. I only came away with one item; what I’m about to reveal is so amazing, so jaw-droppingly awful/lovely, it is difficult to put into words.

I reveal the Donnybrook Faces Coat:

Note: I will be wearing this as Cruella Deville for Halloween next year.

To start, donnybrook is an actual word that means a public quarrel or dispute. As in, “A donnybrook broke out at the clothing swap when the Donnybrook coat arrived.” NEW FAVORITE WORD.

Second, there is a hardcore band named Donnybrook from LA. You’re welcome.

Third, let’s talk about the Donnybrook fashion label. I cannot find any information on them besides the fact that they are Donnybrook Fashions, Ltd., a children and woman’s coat company founded in 1980 in New York. But there are plenty of Donnybrook coats being sold on etsy and eBay – here are a few samples I found:

THE SAME EXACT COAT I HAVE! This is going for $150 on etsy 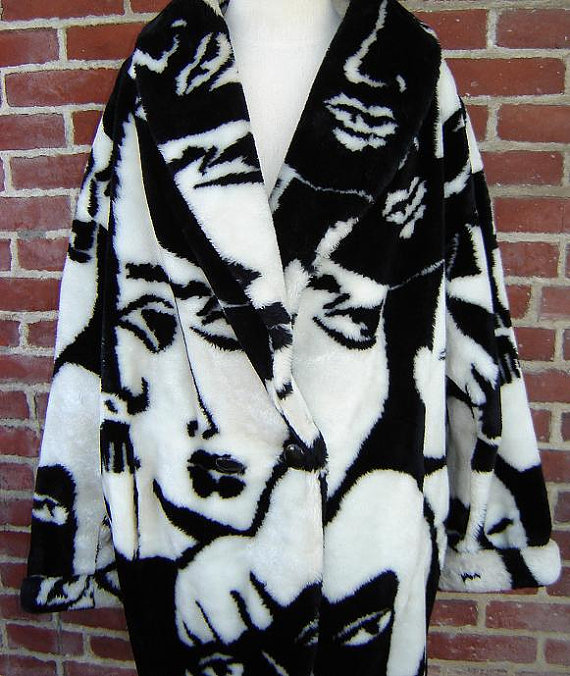 Another Donnybrook on etsy. This one I really like – it is a faux white fur jacket with floral trim 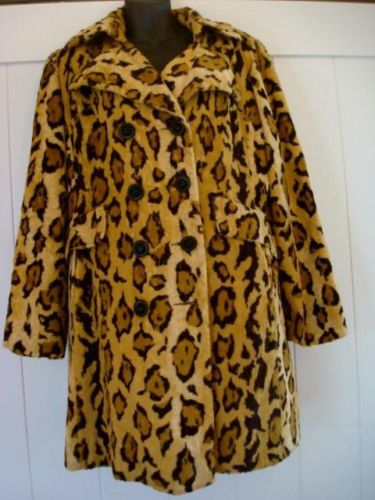 I guess faux fur was their thing in the 1980s, which is cool, since the debate over fur really got crazy back then, with PETA all over the place and a public outcry over the wasteful and extravagant use of fur. Interestingly enough, fur made a comeback on the runway last year, so we’ll keep an eye on this trend to see where it goes. I’m glad I found this article, because I learned that an anti-fur activist tossed a dead raccoon on the plate of Anna Wintour (editor of Vogue) while she was having dinner at the Four Seasons – fun!

In conclusion, my research reveals that Donnybrook is pretty special and their coats are few and far between. I’m pretty sure they no longer exist, but they definitely pumped out coats in the 1980s. You can look for me at holiday cocktail parties this season sporting the Donnybrook faces coat and a manhattan.

27 Responses to 1980s Faux Fur: The Mysterious Origin of the Donnybrook Coat